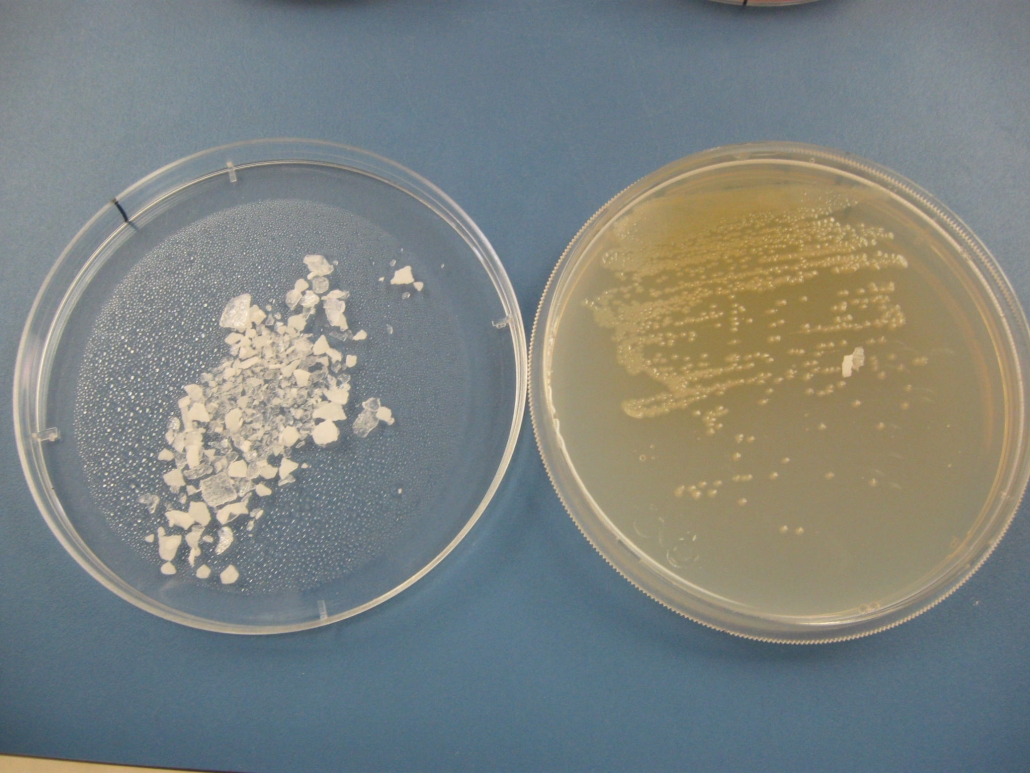 With Petrox microbes, in situ TPH bioremediation reduced the concentration of petroleum in soil at a former gas station from 9,500 mg/kg to 52 mg/kg. The impacted soil was at more than 20 feet deep.  Injection of calcium peroxide provided the oxygen needed for metabolism of the petroleum by Petrox microbes.  The post treatment sampling was 90 days after the bioaugmentation, so that even though the average remediation rate was 105 mg/kg/day, the peak remediation rate must have been much higher when the Petrox population was higher.

This is another example of fast, reliable bioremediation by Petrox organisms.

CL Solutions provides a special consortium of microbes for oil-contaminated water treatment.   Under various conditions, the oil removal rate was as much as 1,300 mg/L/day.  In some situations the remediation goal is simply to remove the visible sheen or separate-phase oil.  With aeration, CL Solutions microbes were able to remove the visible oil layer and reduce the TPH concentration from 29% to less than 1% in 30 days at a waste oil lagoon. For more information and other case studies click here. 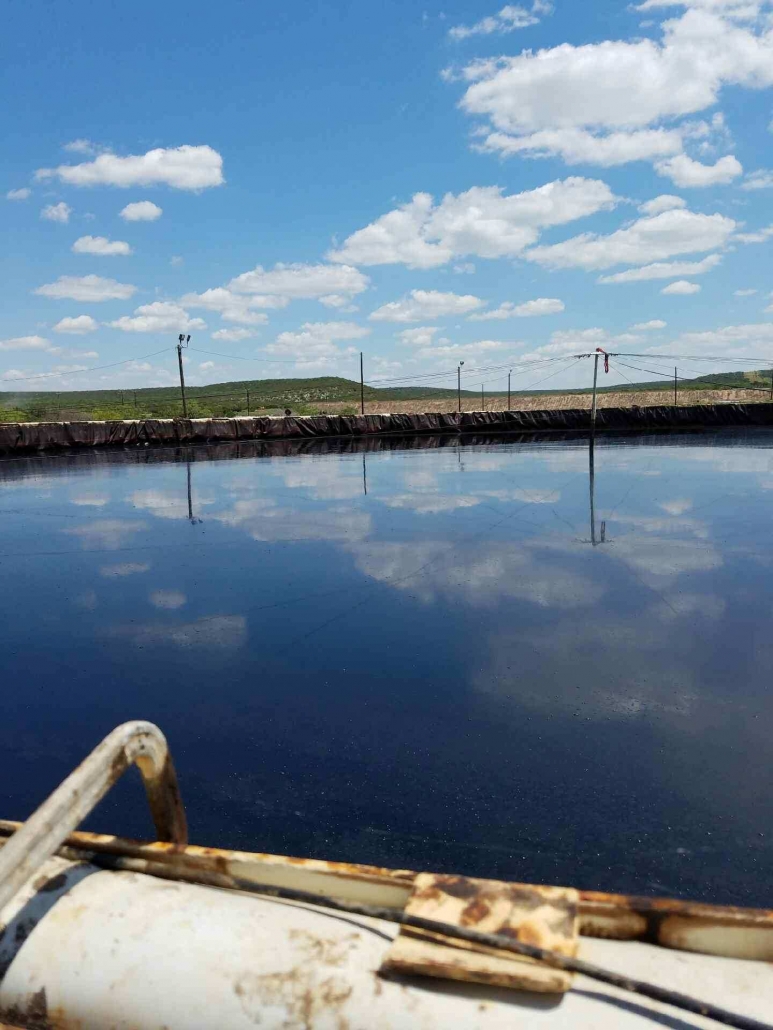 A special consortium of microbes removed the visible oil layer from this wastewater.

A client of CL Solutions completed a bench-scale study to answer these questions.  A bench-scale study was preferred to a field study because it removes the potential distribution and time-lag issues associated with the distances between injection and monitoring locations in the field.

Samples of petroleum-contaminated soils were obtained and separated into split samples for treatment with microbes and nutrients. Some were untreated for comparison.  Samples were tested for petroleum concentrations, including C-fraction concentrations after 30, 40 and 60 days.  Heterotrophic populations were measured at 40 and 60 days.

The tests showed the following results in the early stages:

After 30 days the situation changed.

Petrox was used to treat the residual petroleum contamination in ground water after the leaking tank was removed.  The petroleum contamination exceeded applicable standards for benzene, toluene, ethylbenzene, and xylene (BTEX) and naphthalene.  Petrox was injected into the ground water through 28 injection points covering a plume area of approximately 6,300 square feet.   Petrox injections were completed on June 18, September 11, and November 1, 2002.

Prior to bioaugmentation 100 pounds of ORC was added to provide supplemental oxygen for the bioremediation.  After verifying the dissolved oxygen concentration was more than 1.0 mg/l, the site was ready for bioaugmentation.

During the first injection 10 drums of Petrox were injected to cover the full plume.  As the area of contamination decreased, less Petrox was injected.  Five drums were injected in a focused application on September 11 and November 1, 2002.

Quarterly monitoring was completed during and after the inoculation to determine the bioremediation results.  The cleanup goals were achieved in the source area after the first inoculation.  The contamination persisted, however, in the down gradient wells.  The cleanup goals were achieved in the down gradient monitoring well after the third injection, but there was subsequent rebound.  After full distribution of Petrox was reached throughout the plume, the BTEX and naphthalene bioremediation achieved  cleanup goals.

Please refer to the table below for the ground water monitoring results.