The site is set in the Florida Panhandle where thick coastal sediments characterize the shallow geology. The sediments underlying the site were fine-grained sand and silt more than 60 feet thick. The depth to the water table was approximately 45 feet.

Petrox bioremediation was direct injected into the ground water in three applications approximately 30 feet apart. During each injection 275 gallons of hydrated Petrox were injected into the three locations over a 15 foot thick interval. Monitoring wells in the treatment area were sampled to assess the progress of the remediation. Three injections were completed on 60 day intervals. The following charts show the contaminant concentration trends in the monitoring wells. The vertical red line shows the initiation of bioremediation. 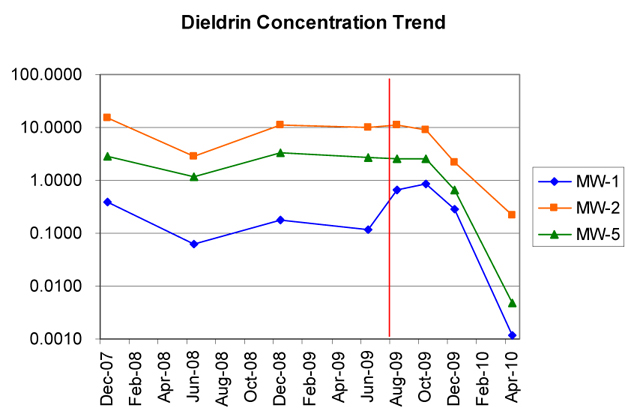 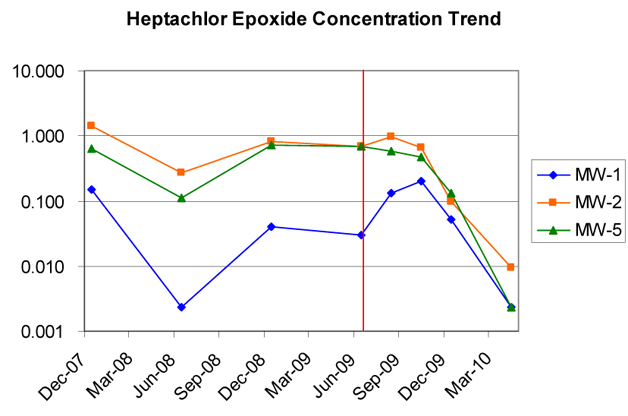