Petrox micorbes accelerated BTEX and methylnaphthalene bioremediation at a former fueling station in Florida.  After a leaking tank underground storage tank (UST) was removed,  the consultants injected Petrox micorbes into the groundwater. A temporary well showed high concentrations of BTEX, methylnaphthalene isomers, and total recoverable petroleum hydrocarbons (TRPH) in the former tank location.  A permanent monitoring point replaced the temporary well. Since the contaminants were not detected outside of the UST cavity, the treatment focused on the cavity and its proximity. The consultant injected Petrox  into the ground water through 12 direct-push injection points in and around the UST cavity. They used approximately 10 gallons of Petrox solution at each of the injection points in August 2001. After one injection of Petrox, petroleum hydrocarbons concentrations decreased below detection levels in the UST cavity.  Please refer to the table below for the ground water monitoring results. 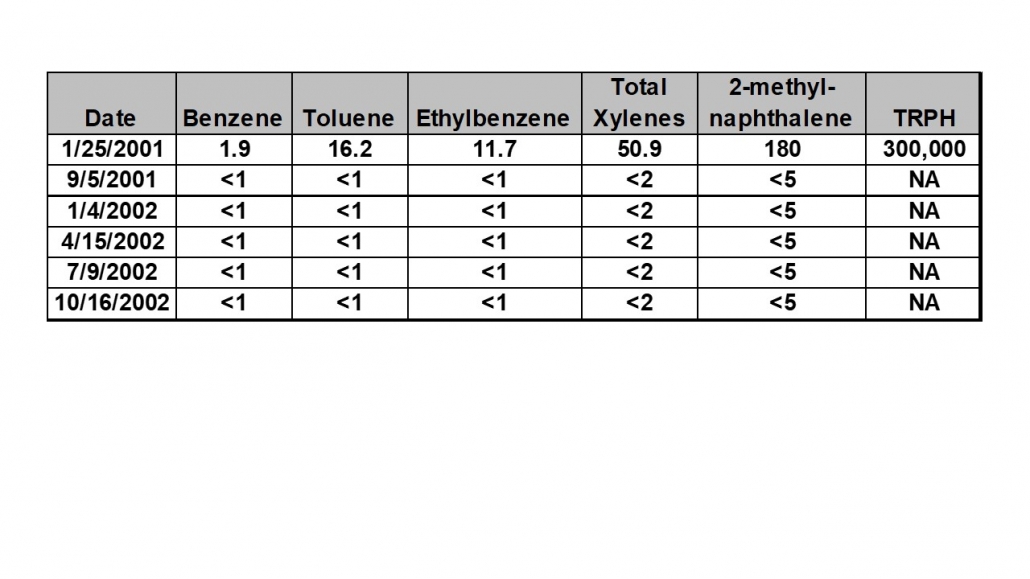 Place an Order
Ammonia Bioremediation in Poultry Waste What is MEOR?
Scroll to top